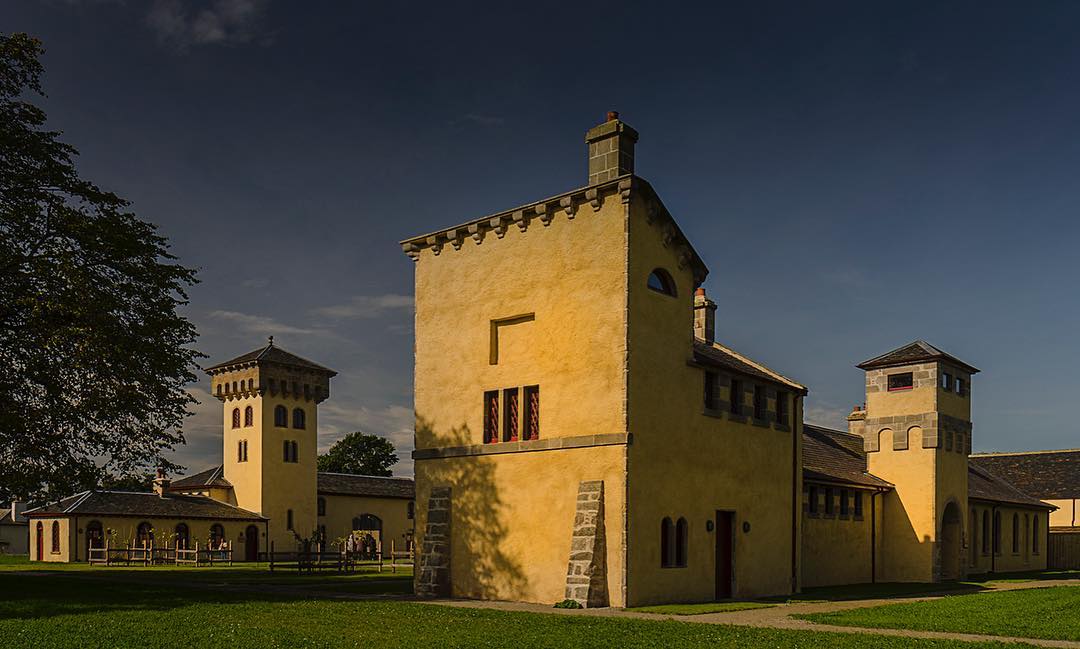 The Glasgow School of Art now occupy this grade A listed building, which was designed by the Architect Archibald Simpson around 1840. We were asked by Historic Scotland to ​replicate and replace the unusual original pigmented mussel shell Lime Harling .
​After some research we managed to find what we believe to be the original pigment from a historic Raw Sienna mine in Italy. 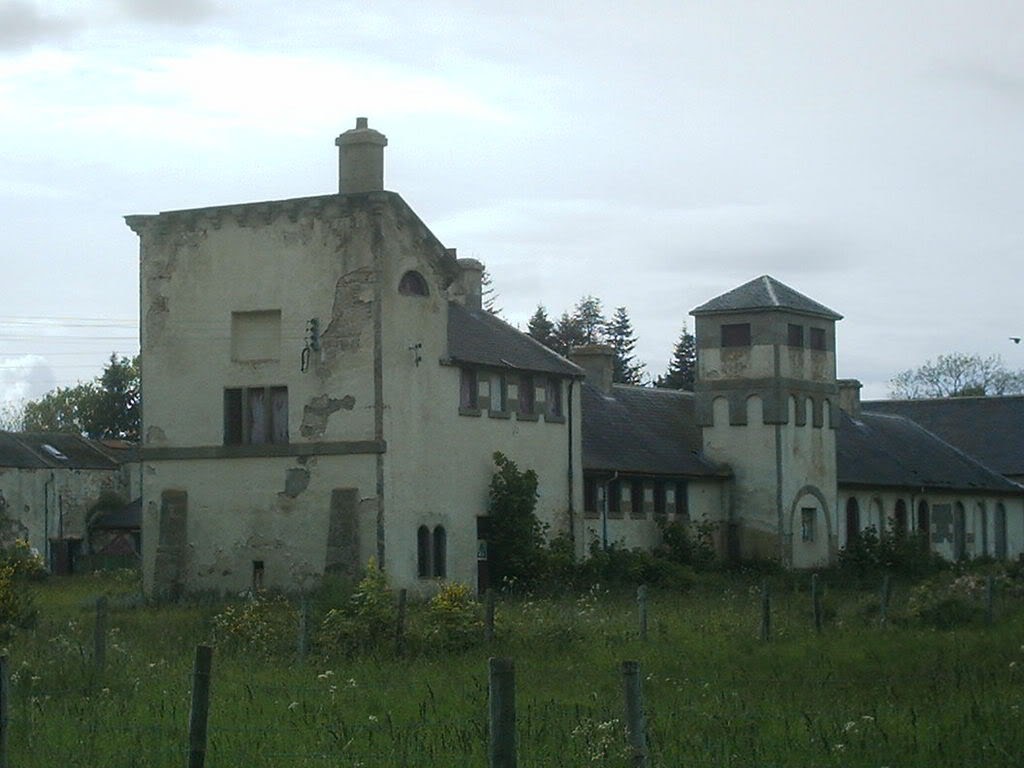 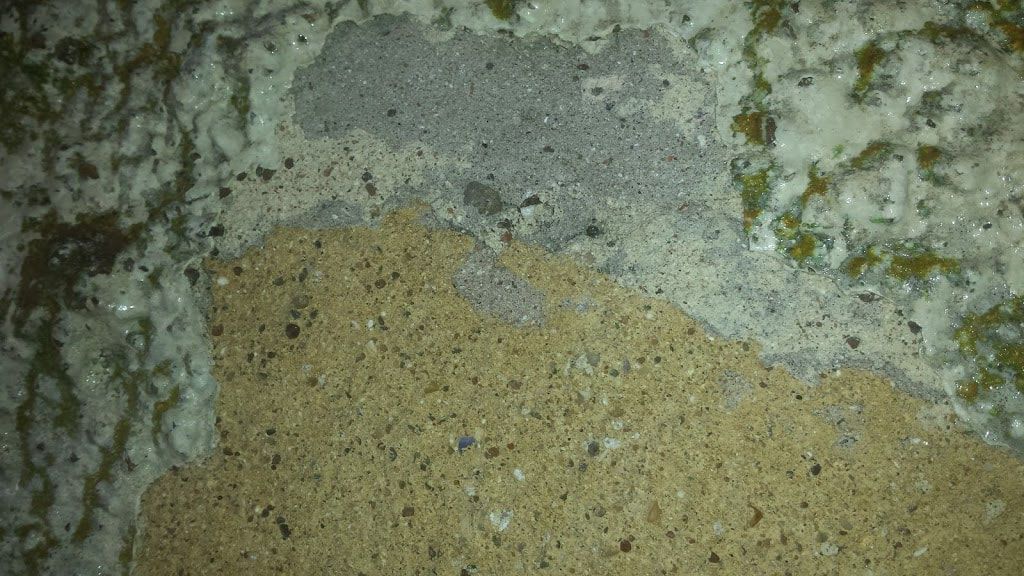 A sample of the original Harling with the later non breathable white paint with inclusions of mussel shell fragments.
Various natural raw sienna samples were tested from different sources. We managed to procure a sample from a historic pigment mine near the village of Arcidosso in Tuscany. It was a perfect match. Also after roasting the raw sienna to create Burnt Sienna and testing them against the original deep claret coloured paint from the edges of the windows that had been removed for restoration we were confident that this was where the original pigment had been sourced. 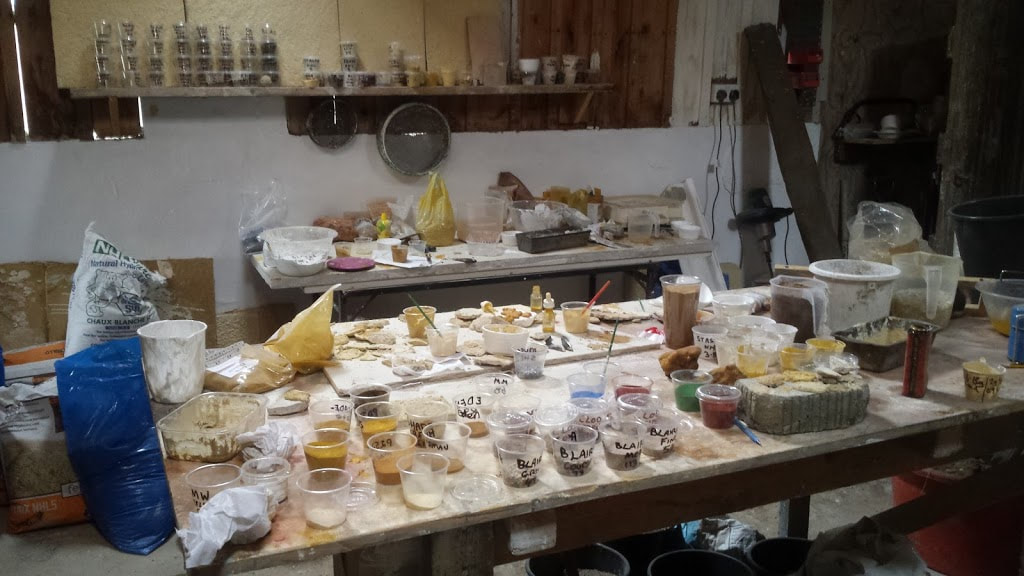 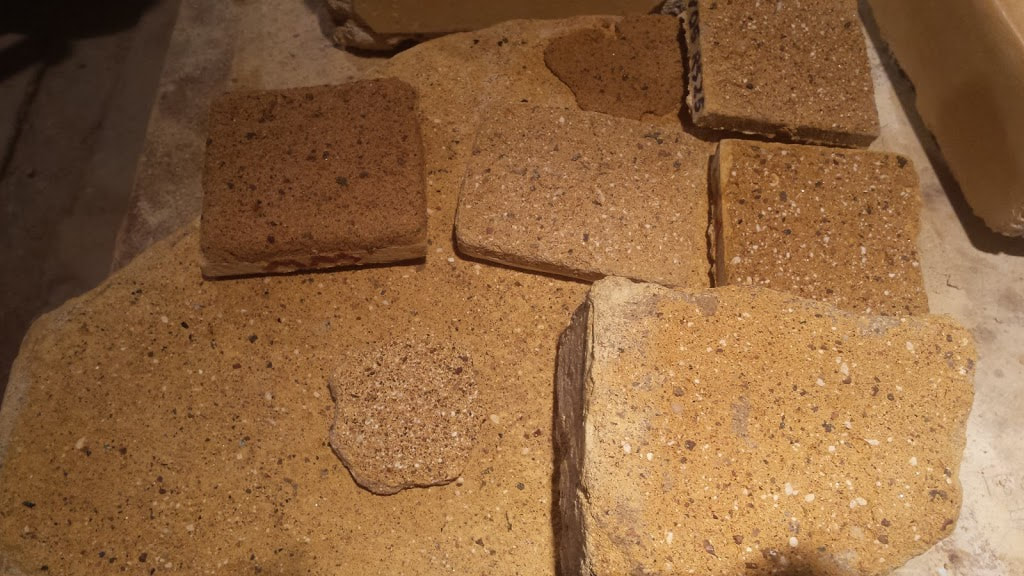 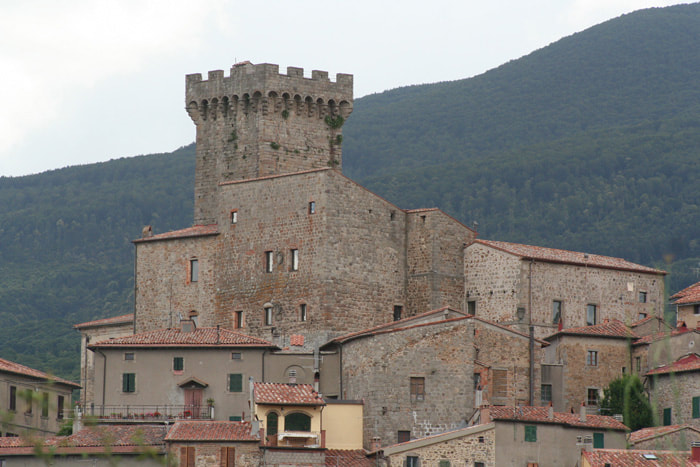 Coincidentally the Village of Arcidosso has a Medieval Fortress.
The Aldobrandesca Fortress is very similar to the design of Blairs Steading apart from the castellations. Archibald Simpson had undertaken a study tour of Italy and had possibly taken his inspiration from here. 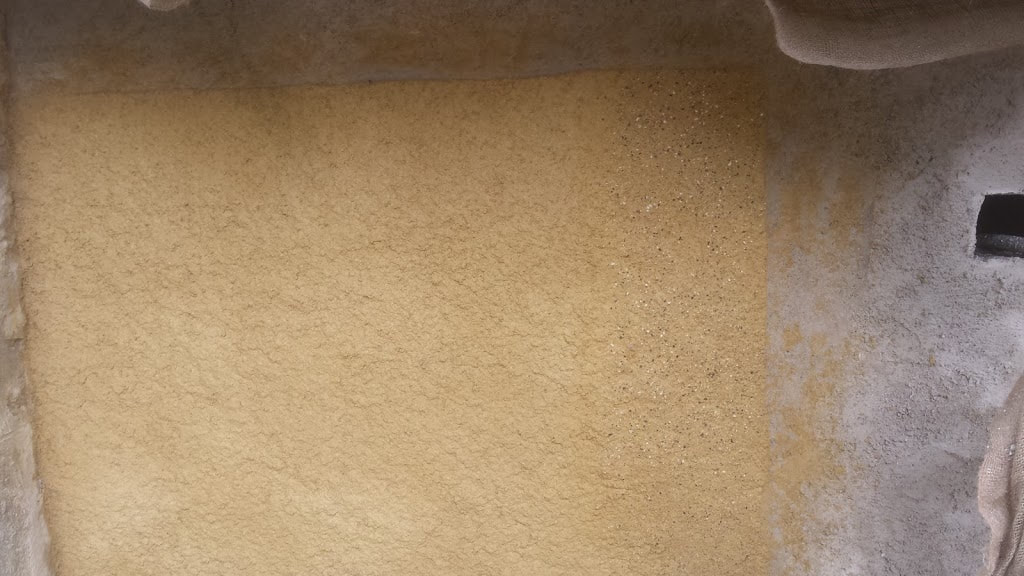 The final recipe including the mussel shells is designed to weather back naturally over time and slowly reveal the hidden ingredients. The area to the right has been washed back to reveal this. 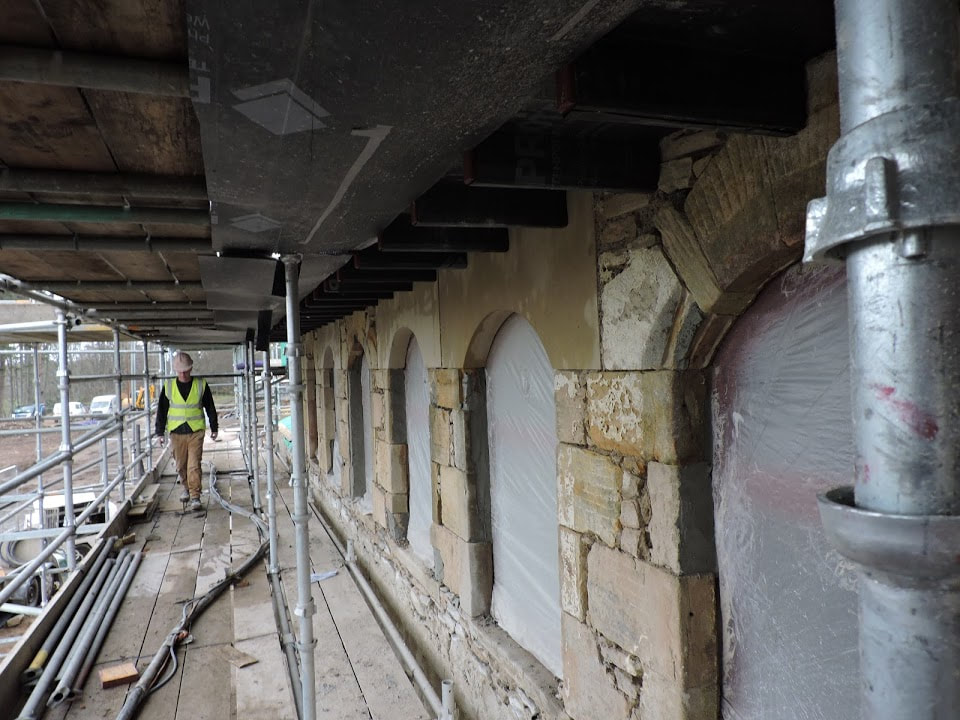 Once Historic Scotland were happy with the mix design the work began  cleaning back the original Harling. 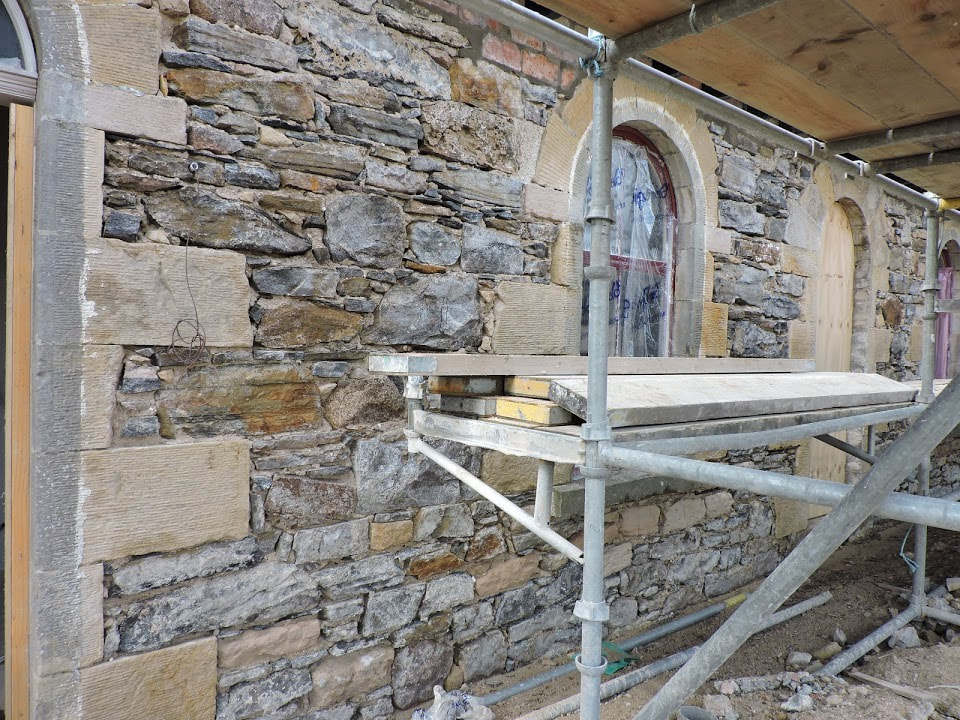 ​Prepared Stonework ready to receive the first of four coats.
The first pricking up coat was spray applied to ensure a good key for the subsequent coats. 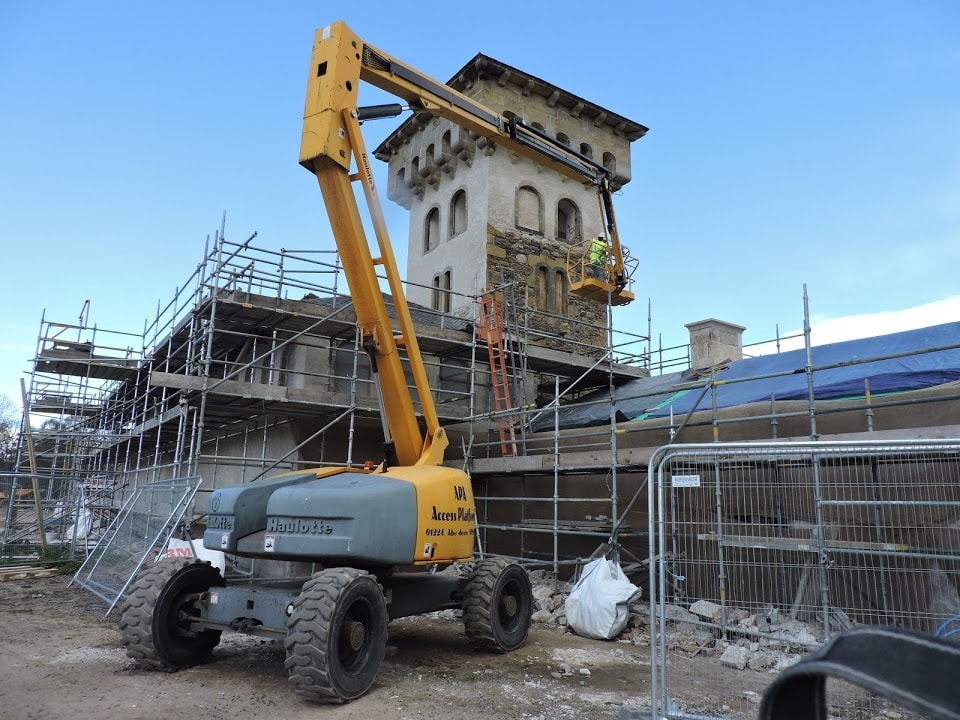 ​The work to the tower was carried out from an access platform. 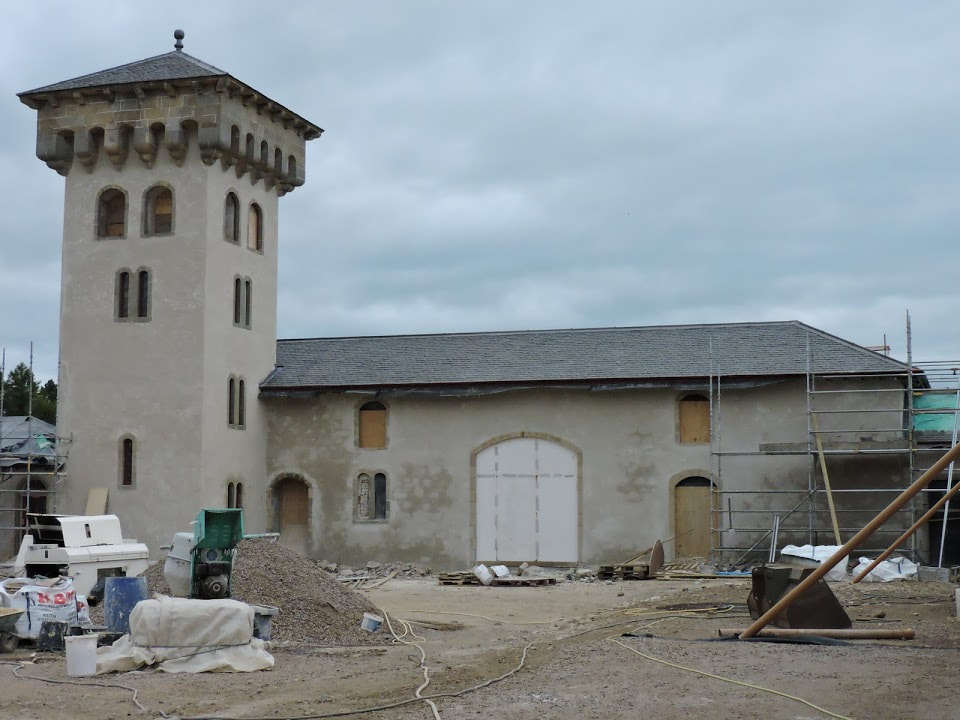 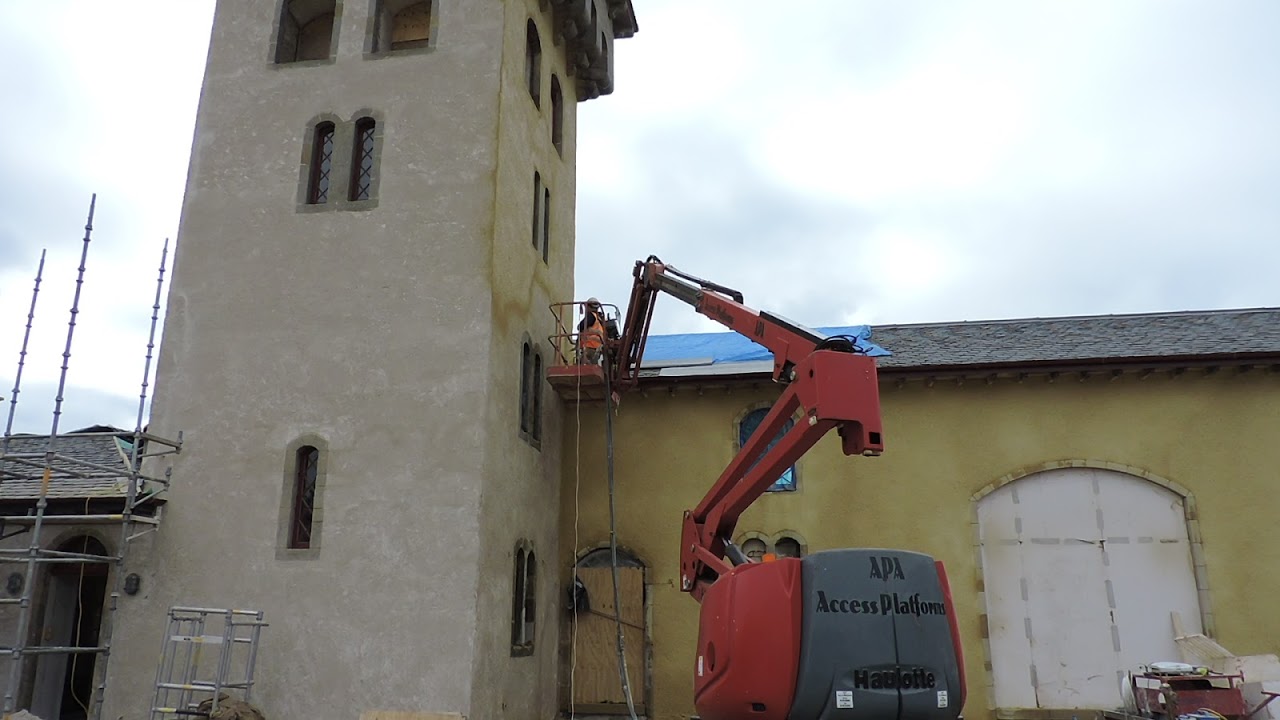 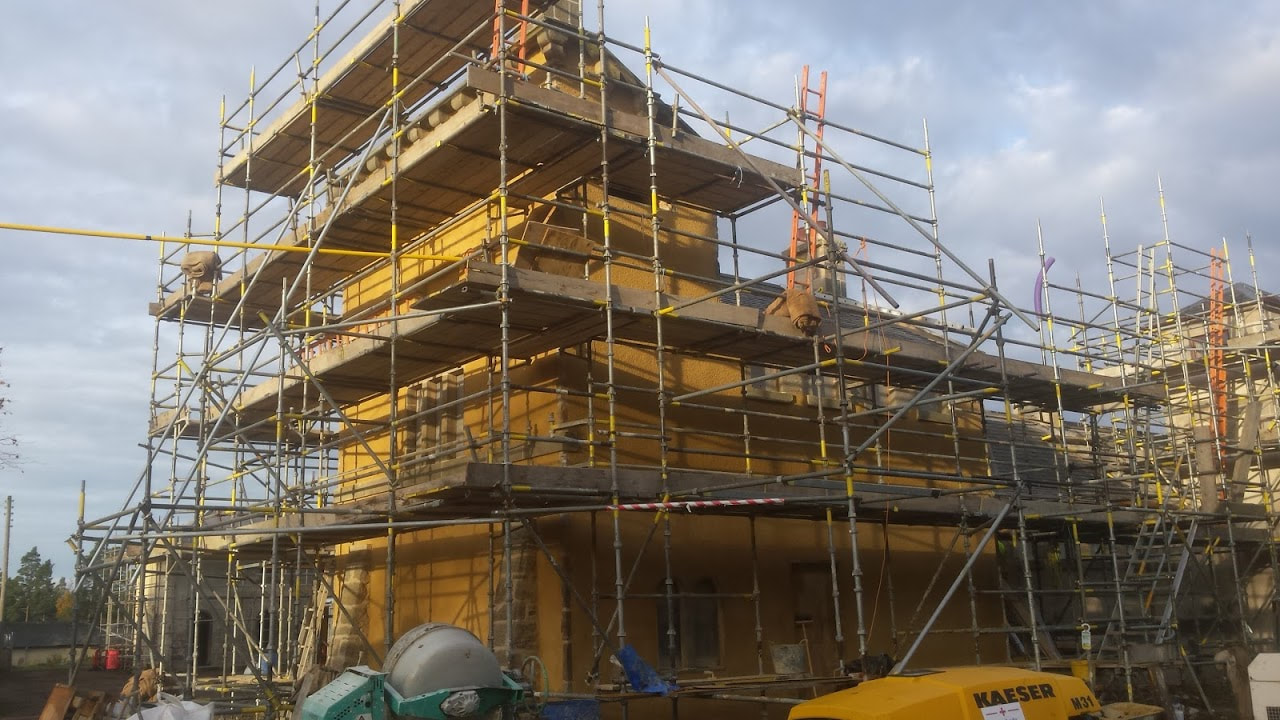 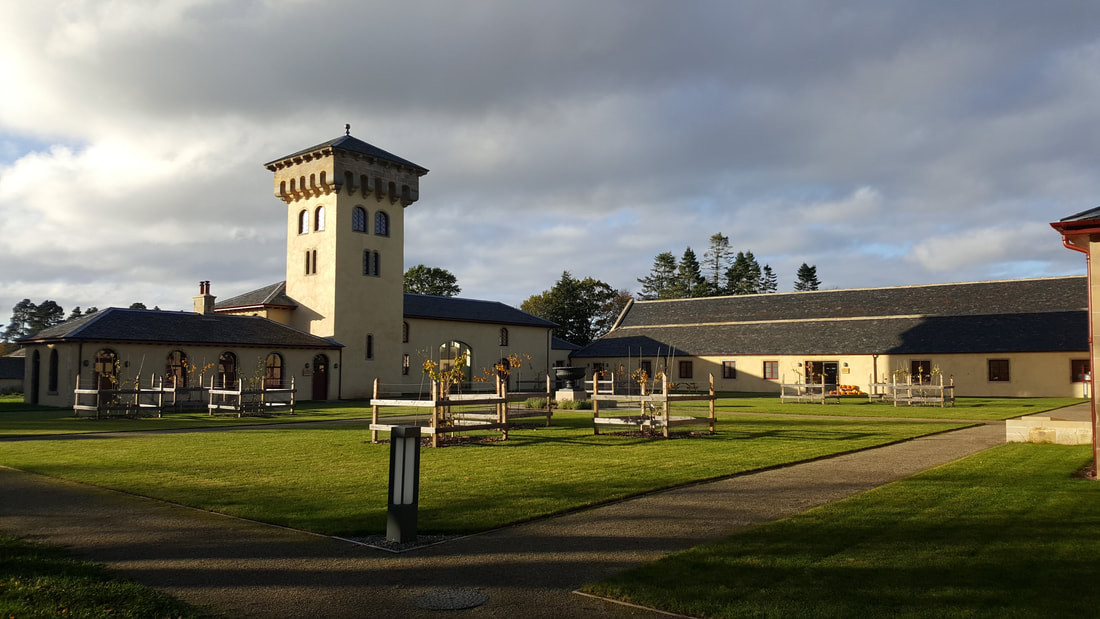